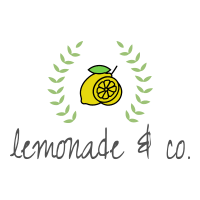 Have you ever been tempted by get-rich-quick schemes? Or needing to have the exact item your friend has since you can’t stop thinking about it?

Being green doesn’t especially look good on anyone.

A few days ago, a friend had posted that she was doing a cash giveaway and to comment with our favorite dessert. I commented and she messaged me if I would like another entry in the giveaway. I said “yes” and she told me what to post on social media.

I cringed, since I hate when things like the script she gave me are posted on social media. But my wanting to win the giveaway came first. After a couple of days, an acquaintance commented simply “no”. I tried to make sure she understood I was only posting this for a giveaway and not trying to sell anything.

She went on to assume that I took the supplements I was posting about.  Or so I thought. I learned after my first draft of this post that she hadn’t assumed anything. I assumed that she assumed.

What a “joy” technology can be…

Going through with posting the words caused more trouble than the giveaway was worth.

First, we should never let our flesh control us. I let my flesh take over. My eyes became green.  I shouldn’t have let money become my focus.

“For the love of money is the root of all evil: which while some coveted after, they have erred from the faith, and pierced themselves through with many sorrows.”

Second, we shouldn’t assume. I’m talking to myself here. I assumed that she assumed. I caused myself so much more trouble then there was to be had. If only I had taken the time to ask what her thoughts were, I would’ve been able to enjoy my weekend more.

It’s not easy being green.

Next time those green feelings come up, run to God for the strength to resist. He is our ultimate source of strength.